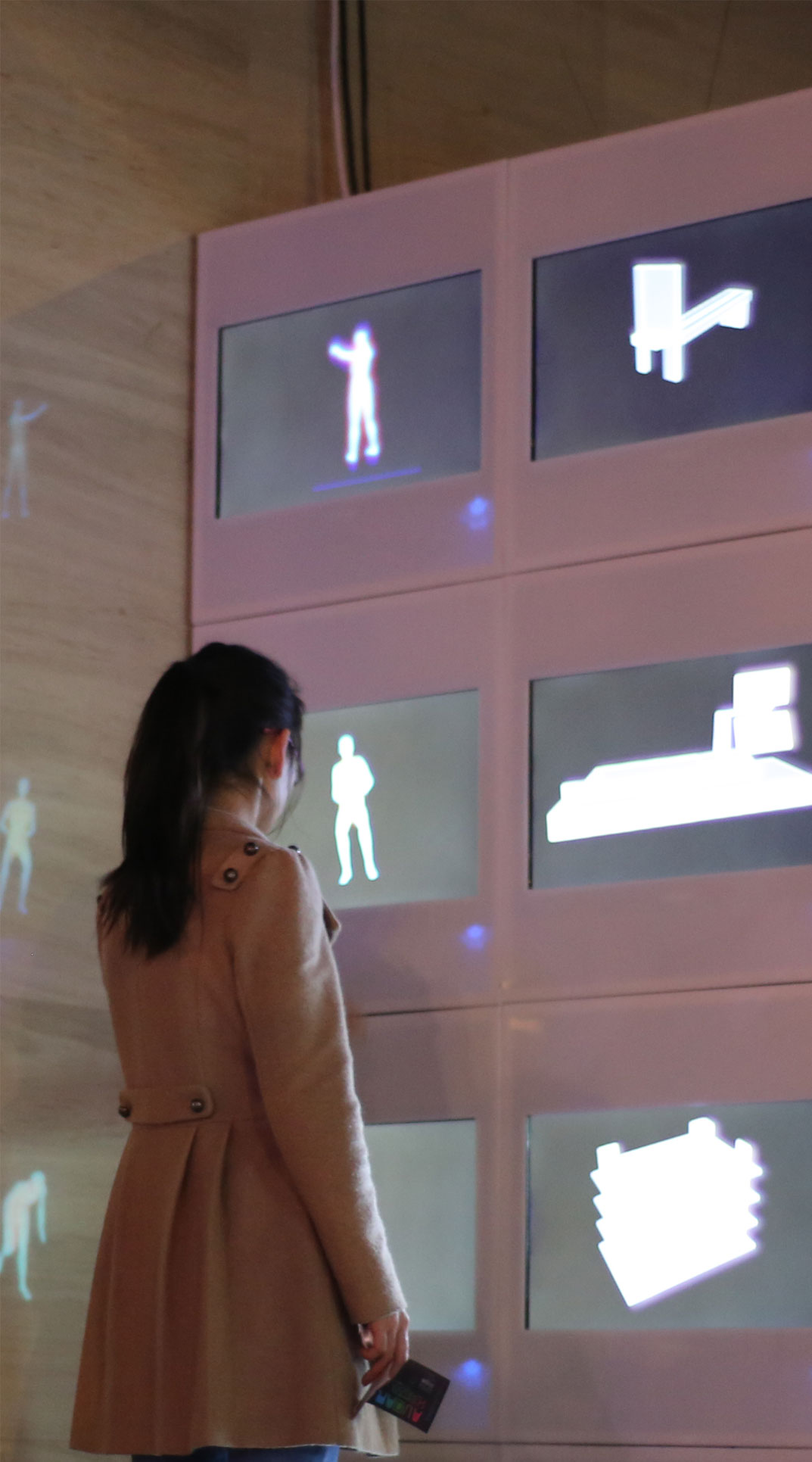 GestureCloud is a micro-collaborative formation of artists in Canada and China. Founded by Judith Doyle (Toronto) and Fei Jun (Beijing), we investigate art, gesture and the politics of labour exchange.
In this project, 3D depth cameras are adapted for motion capture and gesture representation. We ask, how these best be leveraged for use in the art studio, and for collecting documentary gestures on location? In our research, we consider human and animal gesture as a hub or meeting point of discourses and embodied experiences where meaning can be identified and generated.


Point Cloud
In this 2 minute video Judith Doyle explains some of the features of the PointCloud depth camera/projector application she is developing with lead programmer Nick Beirne. VIDEO


It was observed that the machines constrained and directed the body, leading to the evolution of discernible gesture sets in terms of motion paths. The observed gestural motion paths were either linear, oscillatory or circular. Some were repetitive and looping. Many of these man-machine activities were performed so repeatedly, the workers at the factory had seemingly evolved their own gestural language which is used to augment or in some situations, replace verbal communication. For instance, some of the explanatory gestures that were observed seemed to emulate both hand and machine without actually touching the machine. This form of communication presents itself as a preferred mode in the noisy environment of the bustling factory floor where it's difficult to make out voices. 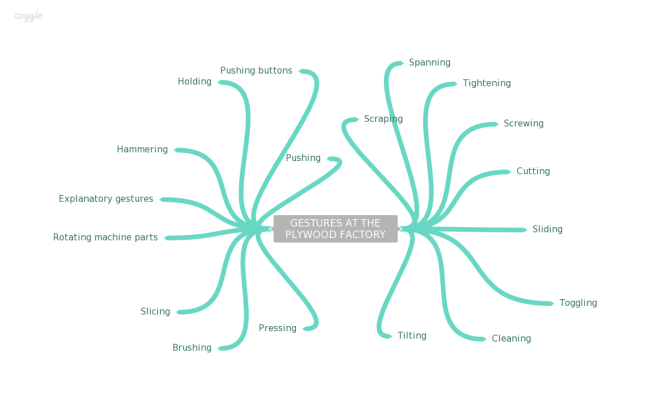 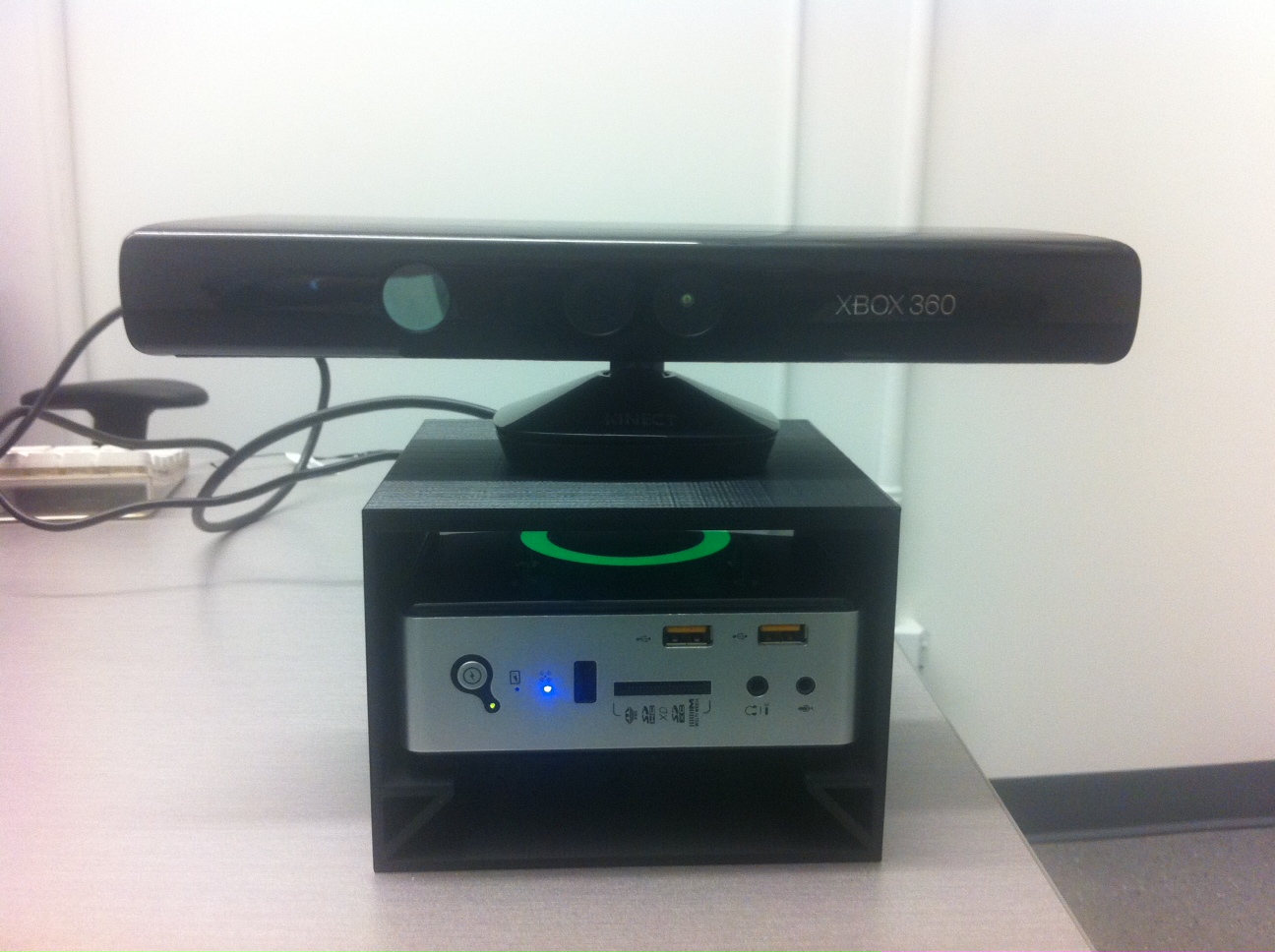 Art Beijing 2013
Apri 30 2013 - May 3 2013
The Runtime installation generates motion studies over 5-seconds, drawing upon a motion capture system we developed using the XBox Kinect and Processing. Viewers generate gestural representations graphing movement over an interval of time. These refresh every 5 seconds. GestureCloud is a collaborative formation including Judith Doyle (Toronto) and Fei Jun (Beijing). GestureCloud is interested in the surplus value of labour in the form of gestures that can be used in the creation of artworks, animations and device control. GestureCloud projects include prints, media, long-distance device control and installations linked across networks.

AV@AR 2.0 at CMoDA
Gesturecloud is an ongoing collaboration where Judith Doyle and Fei Jun ask, how can labor be transposed via gesture across networked conditions, to have material effects elsewhere in the world? For the AV@AR 2.0 exhibition, GestureCloud converts a zone of CMoDA into a factory floor where labor-stacking, pulling, stomping, and lifting-will be performed by visitors and collected with an onsite motion capture system. This effort will power a lightbulb in various nightlight locations in Toronto, across a 12 hour time zone difference. 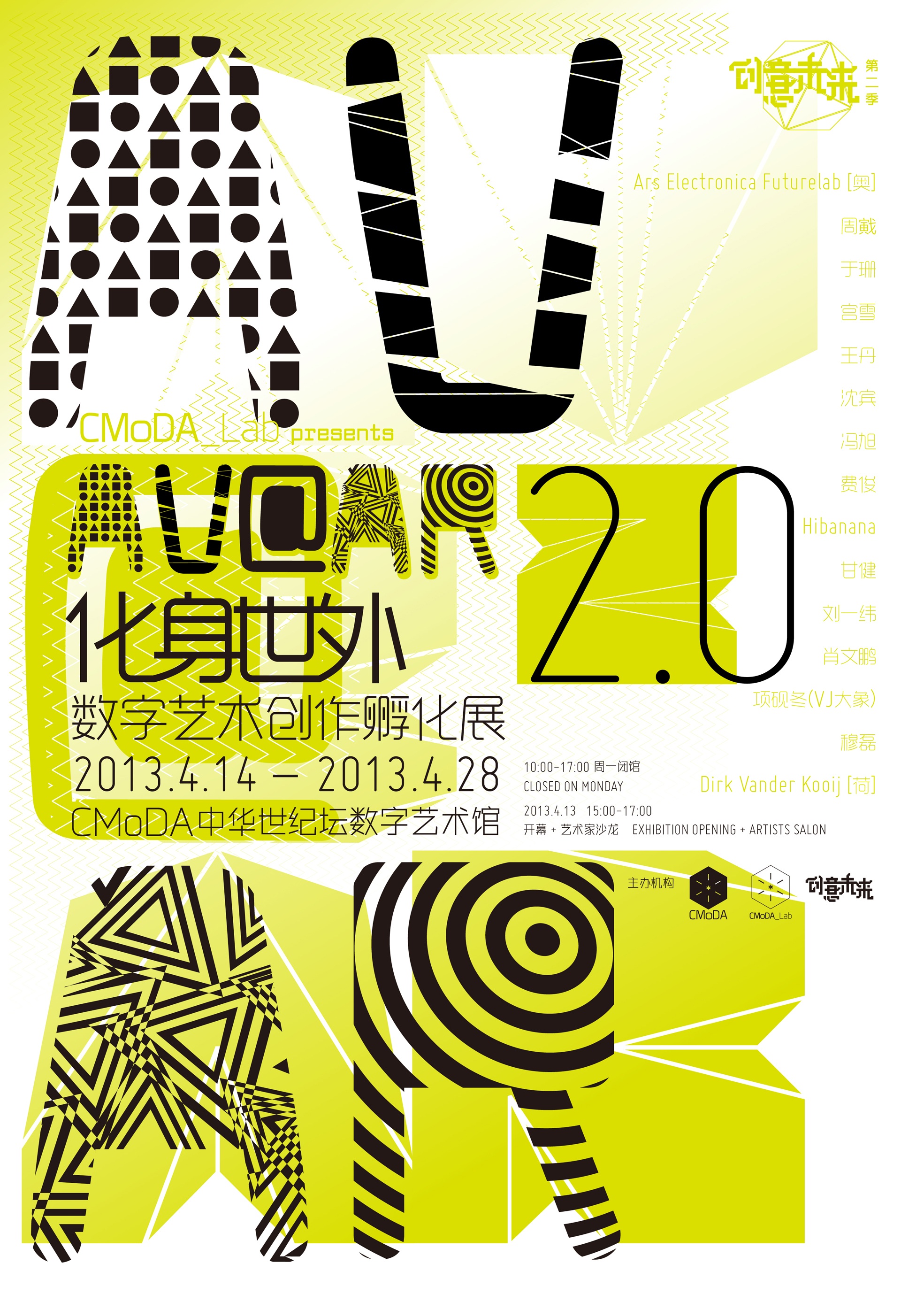 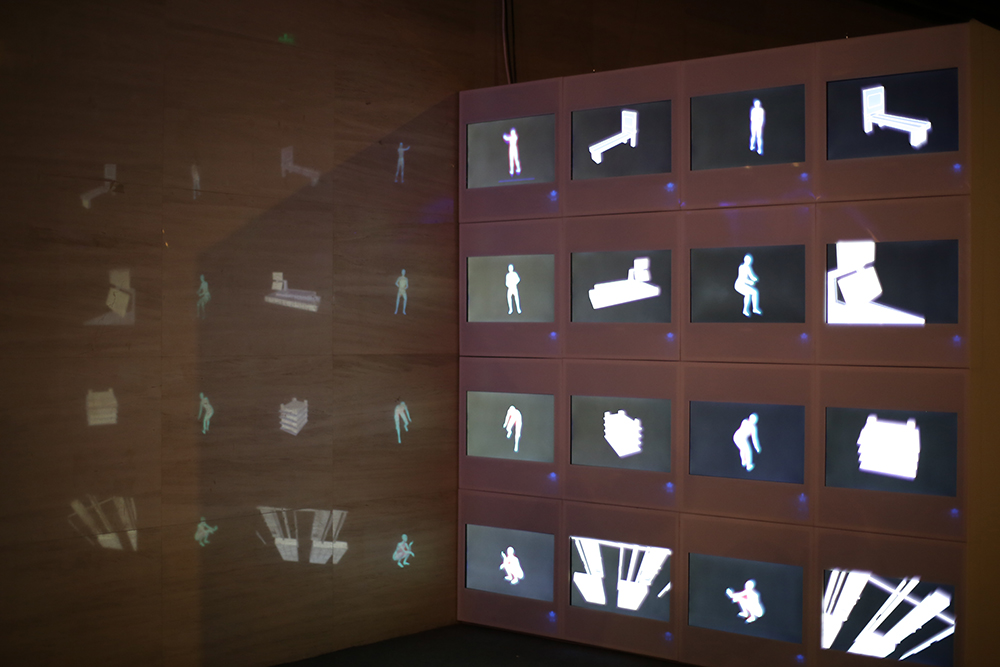 Project 31
March 27 2013
Archival Digital Print
42" x 24.5"
Runtime is a motion study based on five seconds of running captured by GestureCloud in collaboration with the Social Media and Collaboration Lab (SMaCLab) and OCAD University's Digital Atelier in Toronto, and CAFA Digital Media Lab in Beijing. Over the last eight months, Judith Doyle has worked intensively with a tema of researchers (Arielle Gavin, Mike Goldby and Ken Leung), drawing & Painting technician John Deal, and Fei Jun at CAFA, producing artworks based in the generation of gesture through motion capture. These works have included prints lenticulars, and transglobal, interactive media installation systems. 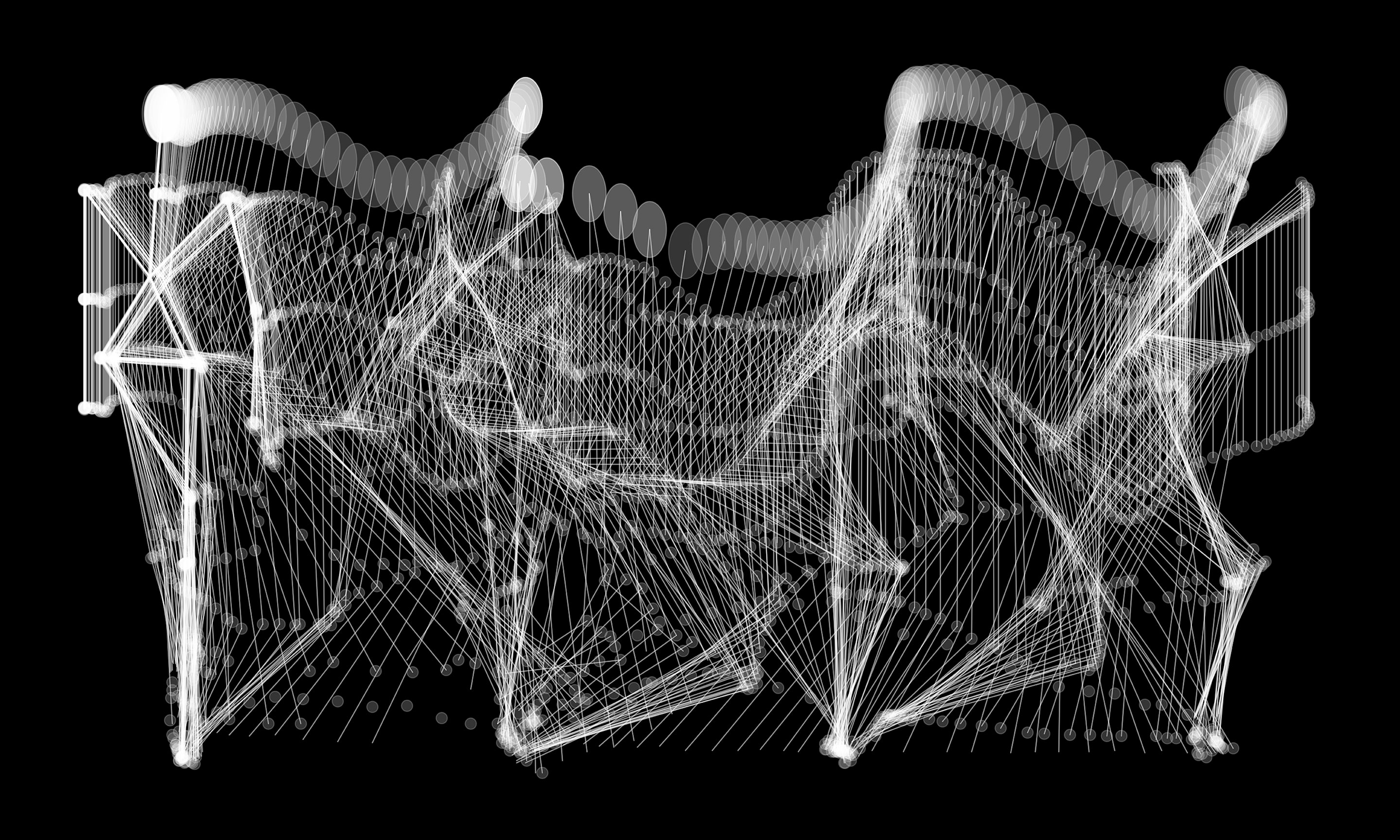 Intervention @ RMB City / Gendia Gallery Installation
January 2011
Installation in RMB City on SecondLife and Installation Gendai Gallery in Toronto
This video documents GestureCloud's installation in 'RMB City Intervention' curated by Yan Wu at the Gendai Gallery in the Japanese Canadian Cultural Centre in Toronto, Canada. The exhibition also included work by Toronto artist/architect Adrian Blackwell and artist Yam Lau.
GestureCloud is the collaborative team of Beijing-based artist Fei Jun and Toronto-based artist Judith Doyle. We make installations linked by virtual environments through gesture. We are interested in the possibility of converting surplus gesture to value that could return to its source - factory workers, for example.
This installation is built using motion capture based on gesture from workers at the Antron Printing factory in Beijing. 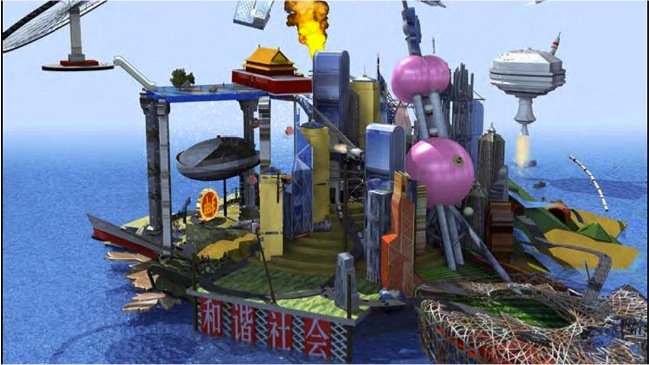