ISEA2015's theme of DISRUPTION invites a conversation about the aesthetics of change, renewal, and game-changing paradigms.

Within the DISRUPTION theme, ISEA aims to broaden the spheres in which disruptive aesthetics can be explored, crossing into the worlds of science, technology, design, visual art, contemporary and media art, innovation, performance, and sound.

Judith Doyle and her team from the Social Media and Collaboration Lab are conducting an Artist Demo / Workshop called GestureLab: Workshop as Case Study. It will take part in the Artist Demos and Posters: Disruption: Body, Embody + Perform at the Simon Fraser University, Room 4210 in Monday August 17, 2015 from 11:30am to 1:30pm.

Link here to the the Demo / Workshop Support Material.

Lively Objects brings together artworks that vibrate with mechanical, digital, and magical forces. Installations hidden throughout the Museum's history galleries awaken our fascination with objects that come to life.

Judith Doyle has two projects in Lively Objects: is comprised of machinima video documentation of a memory architecture of Doyle's family home, built in the SecondLife virtual world in 2010, displayed on a widescreen monitor.

Her most recent project will be included as an interactive projection/performance during the opening night events.

The newly-edited install of Judith Doyle's 2010 artwork will be exhibited in Lively Bodies until its conclusion in October.

The artworks in Lively Objects take a variety of forms—gloves, tables, figurines, machines and projected images. Visitors can hunt for them or drift through the galleries and take their chances. Some works hide in plain sight, speaking only to those who stop to listen. Others deliberately pull focus and make a ruckus.

In Lively Objects, artefacts do not quietly await our appreciation. These enchanted artworks disrupt traditional museum categories and presentation techniques. They start surprising conversations with neighbouring objects and invite visitors to reconsider the museum experience.

This exhibition builds on curatorial research in new media art and "post-disciplinarity" - the idea that the boundaries between traditional disciplines are not just shifting but inevitably eroding entirely. Contemporary changes in knowledge formations demand new ways to combine, organize and experience things. The divisions that have separated the aesthetic from the useful and the magic from the mundane are wavering. Lively Objects asks what role enchantment may play in rethinking our mutual co-evolution with technology, and how we negotiate a world where machinic encounters are inevitable.

Lizzie Muller is a curator and researcher specializing in interdisciplinary collaboration, interaction, and audience experience. She is Director of the Masters in Curating and Cultural Leadership at UNSW Faculty of Art and Design, Australia.

Lively Objects in an associated exhibition of the 21st International Symposium on Electronic Art: ISEA2015. 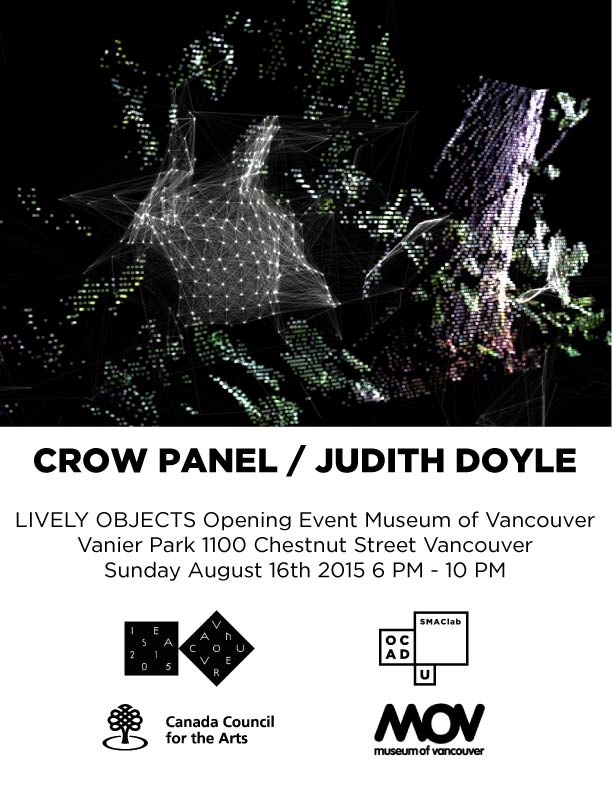